How To Cook A Turkey 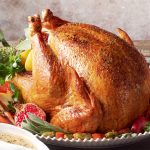 HOW TO COOK A TURKEY